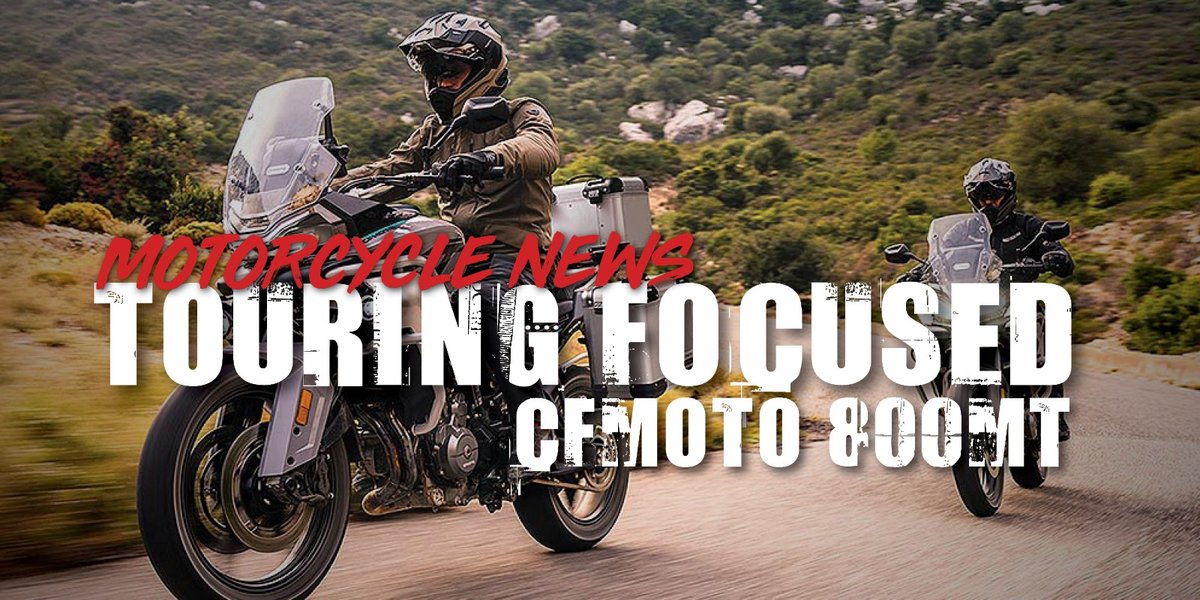 The last time we had a glimpse at the highly anticipated CFMOTO 800MT, it was through leaked images and an unpublished press release. Finally CFMoto has officially revealed the 800MT in Shanghai, and it's looking pretty impressive!

As established earlier this year, the specs of the powertrain don’t come as a huge surprise. For those of you that don’t know, the 800MT uses KTM’s 799cc LC8c parallel twin engine. With 94 horsepower and 77 Nm of torque at 6500 rpm, the parallel twin is more than capable for an adventure touring package like this.

Before we go comparing every detail about the 800MT to the KTM 790 Adventure, I would like to point out that CFMOTO’s aim for the 800MT is to focus on more of a luxury, long distance tourer. KTM’s 790 Adventure setup is more focused on off-road riding performance, so there are clear distinctions between these two models.

For more touring oriented riding, 800MT boasts touring ergonomics, a new aluminium swingarm, KYB suspension and a larger seat. It is anticipated that the weight of the 800MT will be heavier than the KTM, with figures suggesting a wet weight of 230kgs. Official specifications are yet to be announced.

Technology wise, the 800MT looks to be one of China’s most high tech bikes to-date. It’s unclear right now if the standard model for the 800MT will include all the tech features listed below, yet from what the promotional video shows... it looks promising.

Final Australian pricing and the full specifications are still to be announced, so stay tuned! CFMOTO dealerships are counting down the months until the arrival late this year.

Wanting to keep up with the latest news, events, reviews and specials? Subscribe to our monthly newsletter today, and stay in touch with current releases, exciting motorcycling events and be the first to hear about our upcoming specials.